For the character of the same name, see Jason Bourne.

You Know His Name

"You Know His Name"
―Tagline

Jason Bourne is an American 2016 action spy thriller film directed by Paul Greengrass and written by Greengrass, Matt Damon and Christopher Rouse. It is the fifth film in the Bourne film series and the direct sequel to the 2007 film The Bourne Ultimatum. The film stars Matt Damon, Julia Stiles, Alicia Vikander, Tommy Lee Jones, and Vincent Cassel.

Principal photography on the film commenced on September 8, 2015. The film was released on July 29, 2016 by Universal Pictures.

A decade after his disappearance at the conclusion of The Bourne Ultimatum, Jason Bourne had isolated himself from the world and staying alive through means of illegal fighting. In Iceland, Nicky Parsons, who had been collaborating with another whistleblower named Christian Dassault, is seen hacking into CIA's mainframe server, in order to expose the CIA's wrongdoing. In the process, Nicky finds something that made her worried about Jason Bourne's identity, in which she decides to travel to Greece to find Jason Bourne to inform him. This, however, alerted the Cyber Ops Division Head, Heather Lee and CIA Director, Robert Dewey.

In Greece, Nicky and Jason meet at Syntagma Square where there is a public protest. Heather uses satellite surveillance to track down both Nicky and Jason, pursuing them. Dewey initiates The Asset, an ex-Blackbriar program asset, who felt betrayed by Jason through his exposure of the program to the public, to kill both. After a car chase, Nicky is killed by the Asset, not before she throws a key to a safekeeping box at Greece's central train station for the information that Jason seeks. Jason, intending to find the answers about his past and family, uses the information gathered to track down Christian, situated at Berlin. After tracking Christian at Berlin and demanding his help, Jason is able to read the information. He finds out that his father, Richard Webb, was an analyst for CIA, had something to do with Treadstone. Because of this, he starts to have fresh memories of his past beginning till the time of why he joined Treadstone and become Jason Bourne. Things are interrupted by a commotion with Christian and he is tracked down, due to a malware planted inside the drive by Heather when it was decrypting. However, Jason is able to avoid them and the information leads him to London to seek for answers from a person called Malcolm Smith, another ex-CIA who was responsible for the Treadstone program. The CIA decides to let Heather talk to Jason and inviting him back to the program, but Dewey is skeptical and wants him dead, so he secretly initiates the Asset, which the Asset will cooperate with Heather but secretly working with Dewey to kill all her operatives at the process including Malcolm Smith and Jason Bourne.

In London, Jason contacts Malcolm to meet him at Paddington Square. Heather, The Asset, and other operatives are there as well. Through a commotion and alarms triggered by Jason, Paddington Square is at emergency evacuation process. Heather couldn't track down Malcolm and her operatives, because they are killed by the Asset. However, Jason is able to drag Malcolm out of the evacuation process to a building rooftop. Malcolm tells Jason that Jason had been under their surveillance for recruitment into Treadstone. His father Richard intended to expose the CIA for doing this to his son, but was killed in the process, which led Jason to believe his father was killed by a terrorist, led him to join the program voluntarily. At that moment, The Asset shoots Malcolm and Jason, but Jason recognizes the Asset as his father's true killer. Jason escapes through the crowd and meets up with Heather, which Heather intends to help Jason to slip through immigration to go back into Las Vegas, where there would be an EXOCON convention.

In Las Vegas, Dewey and Deep Dream founder, Aaron Kalloor, are the main guest of the convention. Deep Dream and Dewey had been collaborating in secret about using the social media as source of tracking every user, the program called IronHand. However, Aaron feels threatened after CIA was hacked in the beginning and decides to expose his doings with CIA to the public. However, Dewey have already planted The Asset to kill both Aaron and Heather, where to latter had allow safe passage for Jason to come back to US, betraying him. Before the Asset could kill both Aaron and Heather, Jason is there to interrupt his assassination attempt. Jason tracks down Dewey and confronts him in his suite, intending to kill him to avenge his father. Before he could do that, he is injured by a CIA agent and is about to be killed by Dewey. At the last moment, he is saved by Heather, who had shot Dewey in the process. Jason then tracks down The Asset through a wild goose-chase through Vegas Strip and ended at the sewerage tunnel, where both of them engaged in a hand-to-hand combat, which the Asset is killed by Jason, and he walks away.

In Washington, Heather briefs the Director of National Intelligence (DNI) about Dewey's action and their approach should change for the new era, and seeks to become the new director of CIA. She convinces him that she could bring Jason back to the program, as he is still loyal to his country. If not, she would take action against Jason. Heather then meets up with Jason, asking him to work with her for the country, which Jason replies he will think about it. Back to her car, Heather finds a dash-cam recorder and frustrated, because Jason had her conversation with DNI recorded, meaning that Jason has his eyes on her and the CIA. Jason was last seen walking through the garden of Washington, as Extreme Ways plays over the end credits.

In May 2007, prior to the release of The Bourne Ultimatum, Matt Damon claimed that he would not be interested in returning for a fourth Bourne film, stating (of his participation in the Bourne franchise): "We have ridden that horse as far as we can." Damon said in August 2007:

However, on February 22, 2008, Variety reported that a fourth film was indeed in the works, with both Damon and Greengrass on board.

On October 16, 2008, it was announced that George Nolfi would write the script, with Frank Marshall producing, and Jeffrey Weiner and Henry Morrison executive producing. Matt Damon, Julia Stiles, Joan Allen, and Paul Greengrass were also attached to the film. Joshua Zetumer had been hired to write a parallel script—a draft which could be combined with another (Nolfi's, in this instance)—by August 2009 since Nolfi would be directing The Adjustment Bureau that September. That December, Greengrass announced that he had decided not to direct the fourth Bourne film, saying that "[his] decision to not return a third time as director is simply about feeling the call for a different challenge."

On February 1, 2010, Damon, speaking at the UK premiere of Invictus, revealed that a follow-up to The Bourne Ultimatum was "at least five years away". Greengrass, also at the premiere, re-stated that he would not be part of any further Bourne films "unless the right script came along". However, Damon revealed that in the meantime there may be a Bourne"prequel of some kind, with another actor and another director". Damon reconfirmed this on a March 10, 2010 appearance of Today and that he would only be involved if Greengrass was directing.

The Bourne Legacy was released in the U.S. on August 10, 2012. It stars Jeremy Renner as Aaron Cross.

Universal confirmed at a media conference in Los Angeles, California, that they have plans to release more Bourne films, despite Legacy being given mixed reviews by critics. In a December 2012 interview, Damon revealed that he and Paul Greengrass are interested in returning for the next film as Jason Bourne and the director respectively. On November 8, 2013, Deadline reported that the fifth installment in the franchise will feature Renner's Cross, with Justin Lin directing. Andrew Baldwin was attached for the film's screenplay writing, and the release date was set to July 16, 2016.

On September 15, 2014, it was announced that Damon and Greengrass will indeed return for the next Bourne film, taking the release date, with Renner returning as Cross in a separate film at a later date. In November 2014, Damon confirmed that he and Greengrass will return with a script from themselves with the film editor being Christopher Rouse. On May 23, 2015, Deadline.com reported that Alicia Vikander was in talks to star with Damon in the fifth film. On June 19, 2015, Deadline reported that Julia Stiles had confirmed to play the role of Nicky Parsons in the film, she previously played the character in the first three films. Viggo Mortensen was in talks to play the villain role. Later on June 23, 2015, Vikander was confirmed to star in the film while she was also in talks for the Assassin's Creed film, which she passed on. On July 28, 2015, Tommy Lee Jones joined the film's cast to play a CIA superior officer. On September 1, 2015, Vincent Cassel was cast in the film to play the villain role of an assassin who tracks Bourne. On September 15, 2015, The Hollywood Reporter confirmed that actor Ato Essandoh was cast in the film as an unspecified character. On October 20, 2015, Scott Shepherd was added to the cast to play the deputy director of the CIA. On November 4, 2015, Variety confirmed that Riz Ahmed had signed on to play the role of a tech specialist at the CIA.

In August 2015, producers met with Clark County, Nevada officials to get approval to shoot on The Strip, requesting a shut down of Las Vegas Boulevard for several hours a day for seven to ten days. It was not clear on whether the producers obtained a license to do such. Damon told Buzzfeed that the film would start production in September starting from Greece and end in Las Vegas, and would have Bourne in "a post-Snowden world". 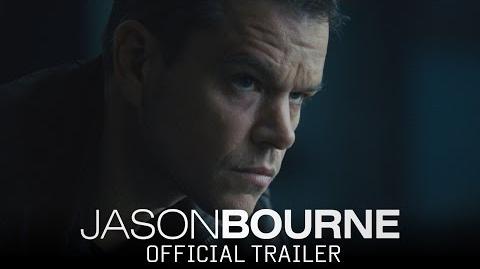 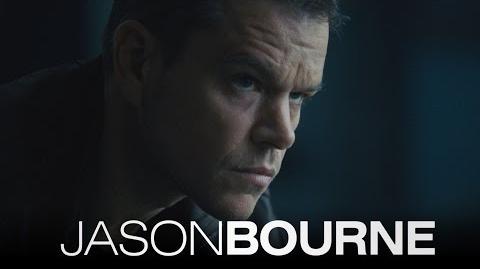 Retrieved from "https://bourne.fandom.com/wiki/Jason_Bourne_(film)?oldid=10482"
Community content is available under CC-BY-SA unless otherwise noted.