They should have left him alone.

"They Should Have Left Him Alone"
―Tagline

The Bourne Supremacy is a 2004 spy mystery thriller film loosely based on the Robert Ludlum novel of the same name. The film was directed by Paul Greengrass, written by Tony Gilroy and Brian Helgeland[1] and produced by Doug Liman and Frank Marshall. Universal Studios released the film to theaters in the United States on July 23, 2004, and it received a positive critical and public reaction similar to its predecessor, The Bourne Identity. The film is followed by a 2007 sequel entitled The Bourne Ultimatum.

The Bourne Supremacy continues the story of Jason Bourne, an amnesiac and former CIA assassin played by Matt Damon, and his attempt to learn more of his shadowy past as he is once more enveloped in a conspiracy surrounding the CIA and Operation Treadstone. The film also stars Franka Potente as Marie Helena Kreutz, Brian Cox as Ward Abbott, Joan Allen as Pamela Landy, Karl Urban as Kirill and Julia Stiles as Nicolette Parsons.

Two years after the events in The Bourne Identity, Bourne and his girlfriend, Marie Kreutz, are living in Goa, India. Bourne is beginning to recover some of his memories, and he is troubled by disjointed flashbacks of an assassination he carried out in a Berlin hotel. Meanwhile, in Berlin, a CIA officer under Deputy Director Pamela Landy is trading $3 million for the "Neski Files", documents about the theft of $20 million from the CIA seven years earlier. During the exchange, an assassin named Kirill plants Bourne's fingerprint on a bomb in the building's basement kills the agent and the source and steals the files and money, which he sells to Russian oil magnate Yuri Gretkov. Kirill travels to Goa to kill Bourne, but Bourne flees with Marie. As Bourne and Marie are driving away, Kirill fires a sniper rifle at the car and it veers off a bridge into a river. Kirill leaves, believing that he killed Bourne. Bourne manages to swim away undetected, leaving Marie dead in the river. Bourne travels to Italy to learn why he is again being targeted.

After Landy's team finds the planted fingerprint and determines that it is linked to the CIA's secret Treadstone project, Landy flies to CIA headquarters in Langley, Virginia to find out more information. In Virginia, she learns that it is Bourne's fingerprint, but CIA chief Ward Abbott claims he does not know Bourne's whereabouts. Landy tells Abbott that the CIA agent who is believed to have stolen the $20 million was named in the stolen files. A Russian politician, Vladimir Neski, was going to identify the thief, but before he could do so, he was murdered by his wife in a Berlin hotel, who then committed suicide. Landy believes Bourne killed the CIA officer and source in Berlin, so Abbott and Landy set out to capture him. When Bourne arrives in Naples, Italy, he is detained by an Italian Carabinieri officer and a CIA interrogator, but Bourne incapacitates the two men and, after copying the agent's SIM card on his own cell phone, escapes. This allows Bourne to listen in on a call from Landy; he learns her name and phone number and finds out that he is suspected in the recent killings in Berlin. He steals a car and heads to Munich, where he interrogates another Treadstone agent, who tells him that the project was shut down following Conklin's death. Landy and Abbott intercept and debrief Nicky Parsons, Treadstone's handler in Paris. Bourne tracks down Landy in Berlin, and after determining that she is not running Treadstone, arranges to meet with Nicky, whom he interrogates. He learns that he is implicated in the death of two CIA agents in a case linked to the murder of Vladimir Neski, and also that Abbott was the head of Treadstone. Upon hearing part of their conversation over Nicky's transmitter, Landy begins to believe that Bourne is being framed. When Abbott's young associate Danny Zorn tells Abbott that he thinks Bourne was framed and provides evidence, Abbott stabs him. Bourne goes back to the Brecker Hotel in Berlin and remembers more about the Neski mission: he was sent to kill Neski on Conklin's orders; and when Neski's wife unexpectedly showed up, he shot both of them and made it look like a murder-suicide. Bourne's visit to the hotel also attracts the attention of the police and Landy. When Landy observes the scene of Bourne's escape, she realizes that Bourne has led her to the scene of Vladimir Neski's murder and that Bourne was responsible for killing Neski while working under Treadstone. As Abbott was in charge of Treadstone, he is revealed to be the one responsible for stealing the CIA's money and the subsequent efforts at covering it up, including the Neski's murder and the deaths of the two CIA agents.

Bourne confronts Abbott, and learns that Abbott and Gretkov stole the money and that Abbott had ordered Kirill to kill Bourne and frame him for the deaths of the CIA officers. Out of respect for Marie's belief in non-violence, Bourne spares Abbott's life. After Zorn's unconscious body is discovered, Landy confronts Abbott, who commits suicide. Landy later receives the tape Bourne recorded, which provides proof of Abbott's involvement in the conspiracy. Bourne travels to Moscow, where he is shot and wounded by Kirill. After an extended car chase, Kirill is killed in a crash. Gretkov is arrested by Russian police after Landy provides them with the evidence she got from Bourne. Bourne goes to the apartment of Vladimir Neski's daughter, where he admits that he killed her parents on a mission gone wrong, and apologizes. The final scene jumps to New York City, where Bourne contacts Landy to ask why the CIA is still looking for him. After Landy thanks Bourne for supplying the tape, which the CIA has used to settle matters concerning his frame-up, she tells Bourne his real name is David Webb and his birth date is 4/15/71. Bourne declines Landy's offer to come back to the CIA offices in person, and he fades into a crowded street scene as the movie ends.

The Bourne Supremacy grossed $288,500,217.[2] Reviews on Internet critic sites suggest an overall positive disposition towards the film, though the film was criticized for its shaky camera work, which has made various action scenes difficult to see,[3] an often criticized stylistic choice which carries on with The Bourne Ultimatum.[4] However, some reviewers have said this gives "a gritty, realistic feel".[5] Despite these criticisms, Rotten Tomatoes scores the film at 82 percent.[6] At the 2005 Taurus World Stunt Awards, veteran Russian stunt coordinator Viktor Ivanov won the "Best Vehicle" award for his driving in the Moscow car chase scene. Dan Bradley, the film's second unit director won the overall award for stunt coordinator.[7]

The DVD contains an alternate ending for the film. It has Bourne collapsing in the Moscow park after confessing to Neski's daughter, waking up in a hospital, and being told his real name by Landy, before he escapes. 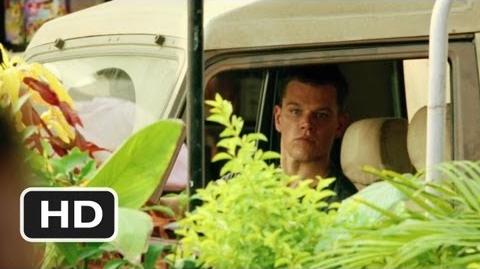 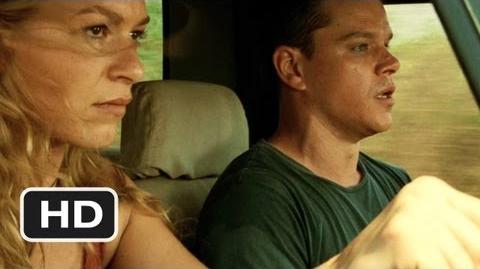 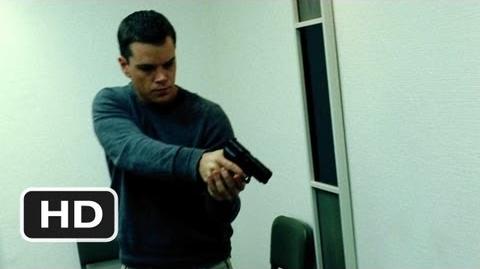 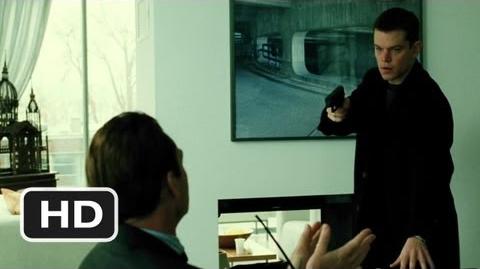 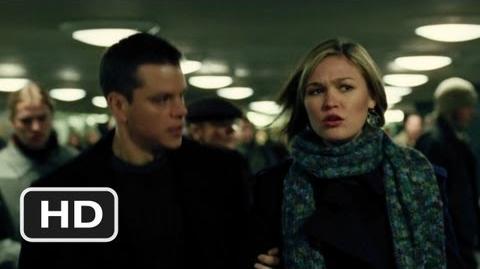 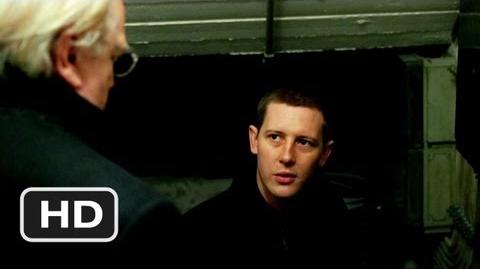 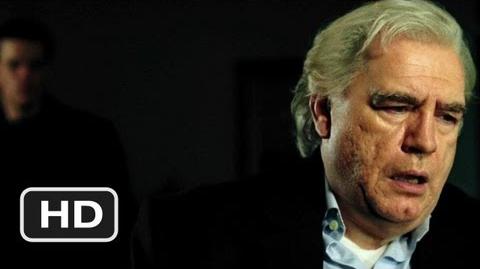 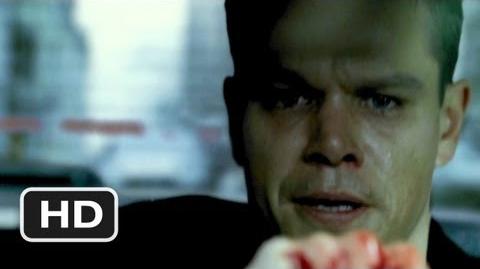 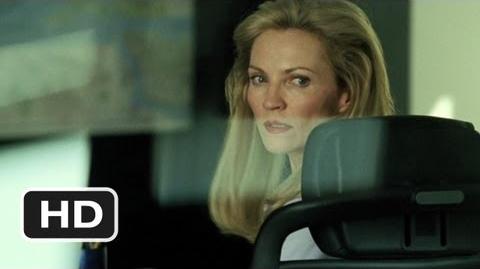 Retrieved from "https://bourne.fandom.com/wiki/The_Bourne_Supremacy_(film)?oldid=9395"
Community content is available under CC-BY-SA unless otherwise noted.